Win a stay at Airbourne – Airshow 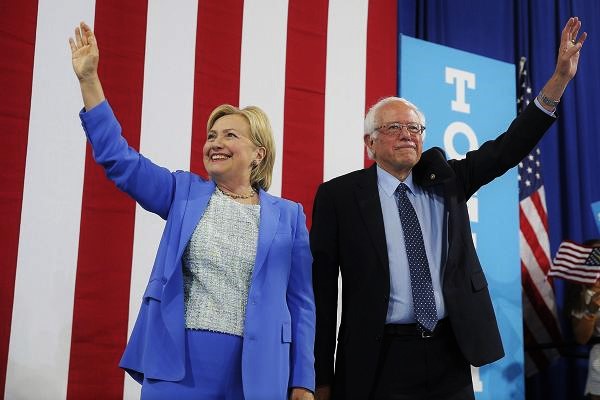 In the final months of the 2016 campaign, Bernie Sanders refused to fly commercial and repeatedly requested, and received, the use of a carbon-spewing private jet for himself and his traveling staff when he served as a surrogate campaigner for Hillary Clinton.

In the two years following the presidential election, Sanders continued his frequent private jet travel, spending at least $342,000 on the flights.

Increased scrutiny of his travel practices, which are at odds with his positions on wealth inequality and climate change, are among the challenges Sanders will face as he makes his second White House run.

Especially after his campaign launch video last week, where he singled out the fossil fuel industry for criticism, listing it among the special interests he planned to take on.

He faces another hurdle: hard feelings that remain to this day after the contentious 2016 Democratic primary.

Many in the party continue to believe the Vermont senator played a role in contributing to Clinton’s defeat in November because of his criticisms of her prior to the general election, and his refusal to concede earlier when it appeared he had little mathematical chance of securing the party nomination.

And they are eager to point out Sanders’ flaws and examples of what they perceive to be examples of hypocrisy now that the one-time underdog rates as one of the front-runners in the crowded Democratic field.

“I’m not shocked that while thousands of volunteers braved the heat and cold to knock on doors until their fingers bled in a desperate effort to stop Donald Trump, his Royal Majesty King Bernie Sanders would only deign to leave his plush D.C. office or his brand new second home on the lake if he was flown around on a cushy private jet like a billionaire master of the universe,” said Zac Petkanas, who was the director of rapid response for the Clinton campaign.

In 2016, after Sanders endorsed Clinton and agreed to campaign on her behalf, the Sanders campaign’s preferred mode of travel quickly emerged as a point of tension, according to six former Clinton campaign staffers and another source familiar with the travel.

Those who had worked on his primary campaign made it known that the only logistical way Sanders could adhere to the event schedules requested by the Clinton campaign was by flying private.

The Clinton campaign, however, viewed the private jet flights as a needless extravagance and wanted the senator to mostly fly commercial.

The senator ended up flying private on three separate multi-day trips in the last two months of the campaign.

Sanders’ flights — usually on a Gulfstream plane — cost the Clinton-Kaine campaign at least $100,000 in total, according to three people familiar with the cost of the air travel.

“We would try to fight it as much as possible because of cost and availability of planes, but they would request [a jet] every time,” one of those sources said. “We would always try to push for commercial. … At the campaign, you’re constantly trying to save like 25 cents.”

Prior to working out the logistics of Sanders’ travel, “our working assumption was that 90 percent of the time it would be commercial,” said another person familiar with the matter. “If he was trying to hop from city to city in a particular state and [commercial] didn’t work, we were open to” chartering a plane.

But that idea did not go over well with the Sanders camp, according to this person.

“At that time, getting him on board — no pun intended —and his followers engaged for her, was a big priority,” said one former Clinton staffer, who explained that campaign leadership, including campaign manager Robby Mook, decided it was something Sanders wouldn’t budge on, so the campaign approved the requests to keep peace with the senator.

“We needed all hands on deck, including Bernie, and we were grateful for his support and the generous amount of time he gave the campaign,” Mook told POLITICO when asked for comment.

Sanders spokesperson Arianna Jones said it was physically impossible to get to all of the event locations in such a short period of time without chartered flights, especially since the senator was traveling to many smaller markets with limited commercial air travel options.

“That’s why chartered flights were used: to make sure Sen. Sanders could get to as many locations as quickly as possible in the effort to help the Democratic ticket defeat Donald Trump,” she said. “Sen. Sanders campaigned so aggressively for Secretary Clinton, at such a grueling pace, it became a story unto itself, setting the model for how a former opponent can support a nominee in a general election.”

In the final three months before Election Day 2016, Sanders held 39 rallies in 13 states on behalf of Clinton’s campaign, according to Jones, including 17 events in 11 states in the last week alone. When he went to New Hampshire, which borders Sanders’ home state of Vermont, he did not use a private jet to get there.

Rania Batrice, who served as Sanders’ deputy campaign manager at the end of his 2016 campaign, said that Clinton’s campaign would send over a proposed campaigning schedule for Sanders before the two sides talked through logistics and “at no point did I ever say ‘he has to have a private plane for the sake of having a private plane.’”

Josh Orton, a Sanders aide, said, “The senator was proud to work tirelessly on behalf of Sec. Clinton, and we believe that we must put our past differences aside and unite to defeat Donald Trump.”

To the Clinton staff, however, the issue of the senator and the private jets became so cumbersome that it turned into “a running joke in the office,” said one former Clinton staffer.

The travel details weren’t the only point of tension with Sanders.

At his rallies for Clinton, Sanders sometimes only wanted people who had endorsed him in the primaries to speak when he would appear, a request which frustrated the Clinton campaign, according to a former Clinton staffer and another person familiar with the matter.

“Sure you can have your supporters there, but you can’t exclude the congressman who endorsed Hillary Clinton in the city you are going to,” said the former staffer. “You’re campaigning for us. That was always a battle every single time.”

The Clinton campaign itself spent a total of $15.9 million on jet charter company Executive Flightways in the 2016 campaign, according to a review of FEC records.

The revelation of Sanders’ penchant for private jet travel, both in 2016 and in the subsequent years, could surface as an issue for him since he often demands the U.S. do its part to fight global climate change — to which CO2 emissions from aviation is a contributor.

“Climate change is not only real, it is already doing irreparable harm all over this planet, including the United States of America,” he told CBS’ “Face the Nation” last November. “What Congress has got to do is take Trump on, take the fossil fuel industry on, and transform our energy system away from fossil fuel, to energy efficiency and sustainable energies like solar and wind.”

That money was used primarily to pay for a nine-day, nine-state tour to support Democratic candidates across the country.

Win a stay at Airbourne – Airshow