Bloomberg Published on Mon, Oct 26, 2020 / 9:00 AM GMT+8 / Updated 0 minutes ago
Whether it’s chartering a private jet for a flight to nowhere or hiring a luxury yacht, some in Singapore are going to extraordinary lengths to cure the cabin fever that’s set in as a result of the coronavirus pandemic.
For many — expats and locals alike — the beauty of the city-state, outside of its year-round balmy weather and efficiency, has always been its hyper connectivity. But travel curbs aimed at shutting out the virus mean leaving Singapore is basically off the table, a challenge for those of the financial hub’s 5.7 million residents used to popping to a Malaysian resort for the weekend, or scooting over to Bali.
Sergey Tkachev has taken to the sea. The Russian businessman chartered a yacht from White Label Charters around Singapore’s southern islands, a collection of sleepy islets lapped by green waves. He’s taken the boat out four times now — being careful not to venture into international waters. 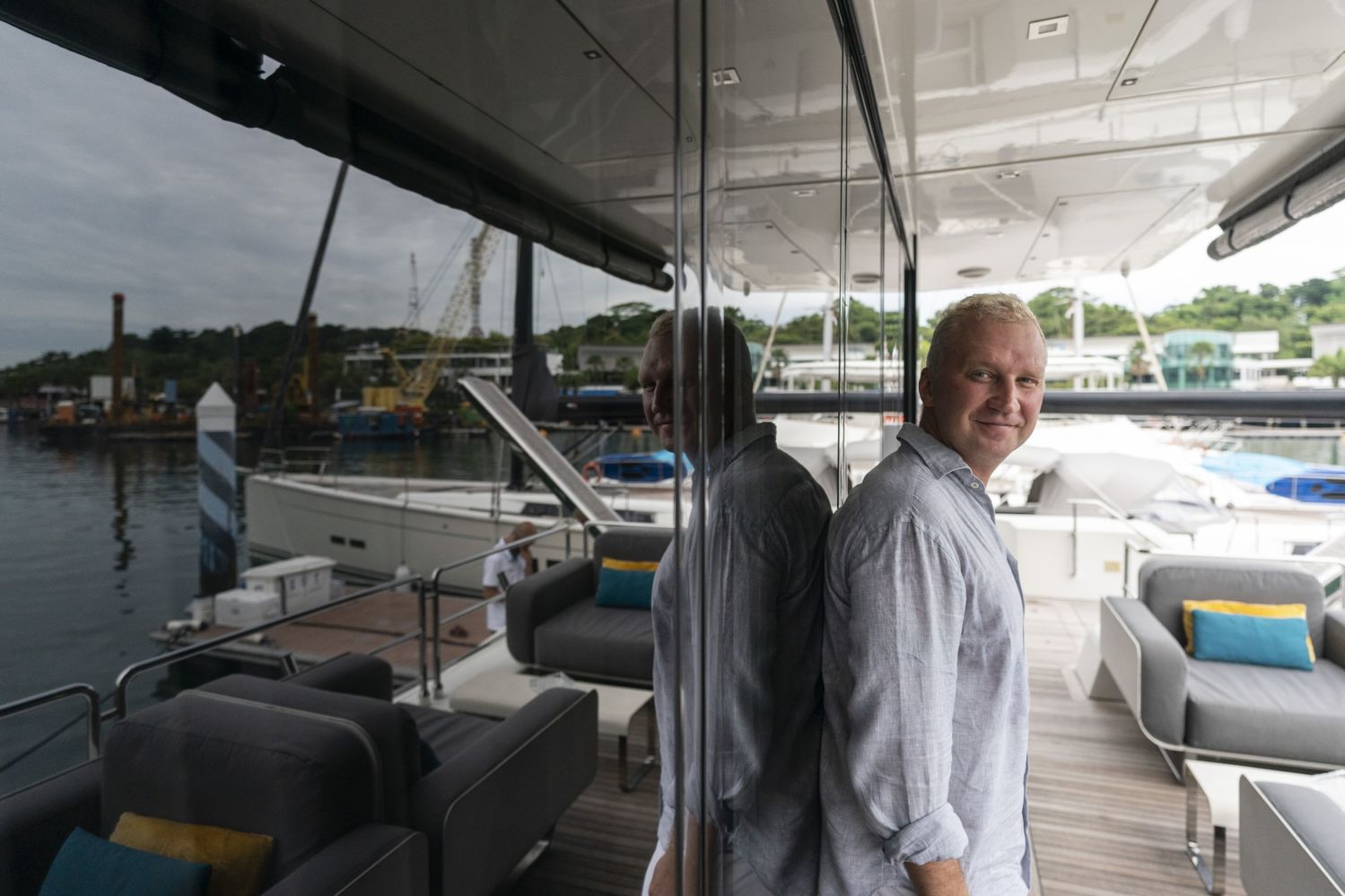 “It’s been a big stress for us not being able to travel,” said Tkachev, who has lived in Singapore for 12 years. “People with money usually travel every month, but now we can’t. It’s depressing.”

At just 50 kilometers from east to west and 27 kilometers from north to south, Singapore is tiny. Drive for 30 minutes either way, and you’re almost in neighboring Malaysia, or the South China Sea. News last week of an imminent travel bubble that wouldn’t require quarantine between Singapore and Hong Kong was met with instant excitement. The price of air tickets spiked overnight and bookings were made even though few details have been announced — including when the corridor will even start.
Singaporeans are a mobile bunch, spending more than $34 billion on overseas travel in 2018, compared with the some US$12.5 billion that residents of similarly-sized Denmark spent on international tourism the same year. The easing of the country’s partial lockdown in mid-June has provided some relief, but despite a few green corridors for business travel, vacations overseas remain largely off limits. Many of Singapore’s migrant laborers, those most affected by the pandemic, have found themselves restricted not just to the island, but to their living quarters. 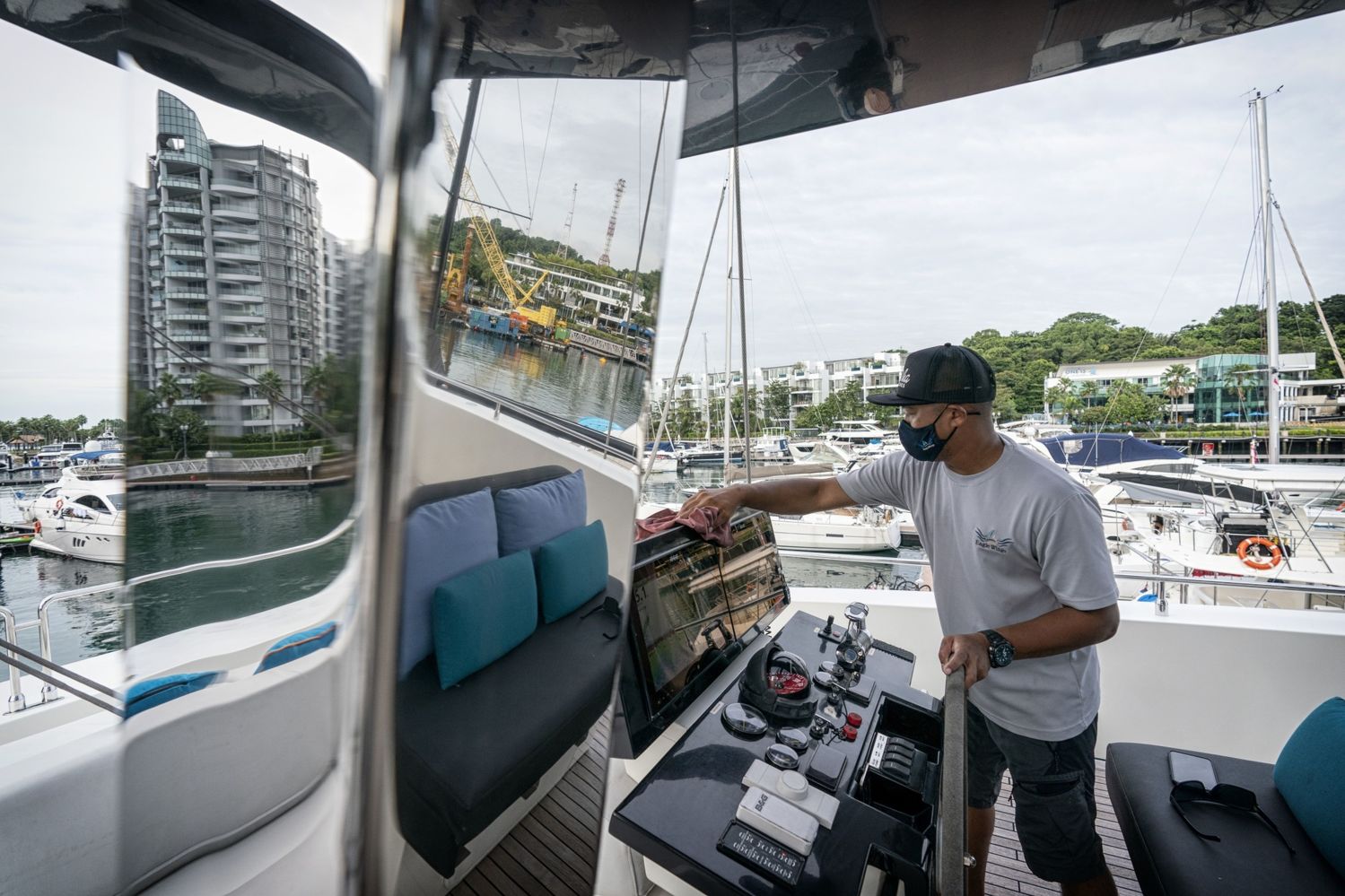 Since some social-distancing restrictions started to be lifted amid a dwindling of virus cases, demand for yacht charters has shot up by more than 20%, according to Sylvia Ng, a senior manager at One Degree 15 Luxury Yachting, which has over 42 vessels in its fleet. Most offer four- to five-hour sailing packages, plus overnight stays in some cases, and provide a variety of water toys like paddle boards and kayaks. Jetskis are available upon request, as are extras including a personal chef and wait staff.

For some Singaporeans, the solution to cabin fever is to seize on anything that reminds them of travel. Seats on Singapore Airlines Ltd.’s superjumbo-turned-pop-up restaurant sold out in 30 minutes, with some paying upwards of $600 for a meal in a suite on the stationary Airbus SE A380. 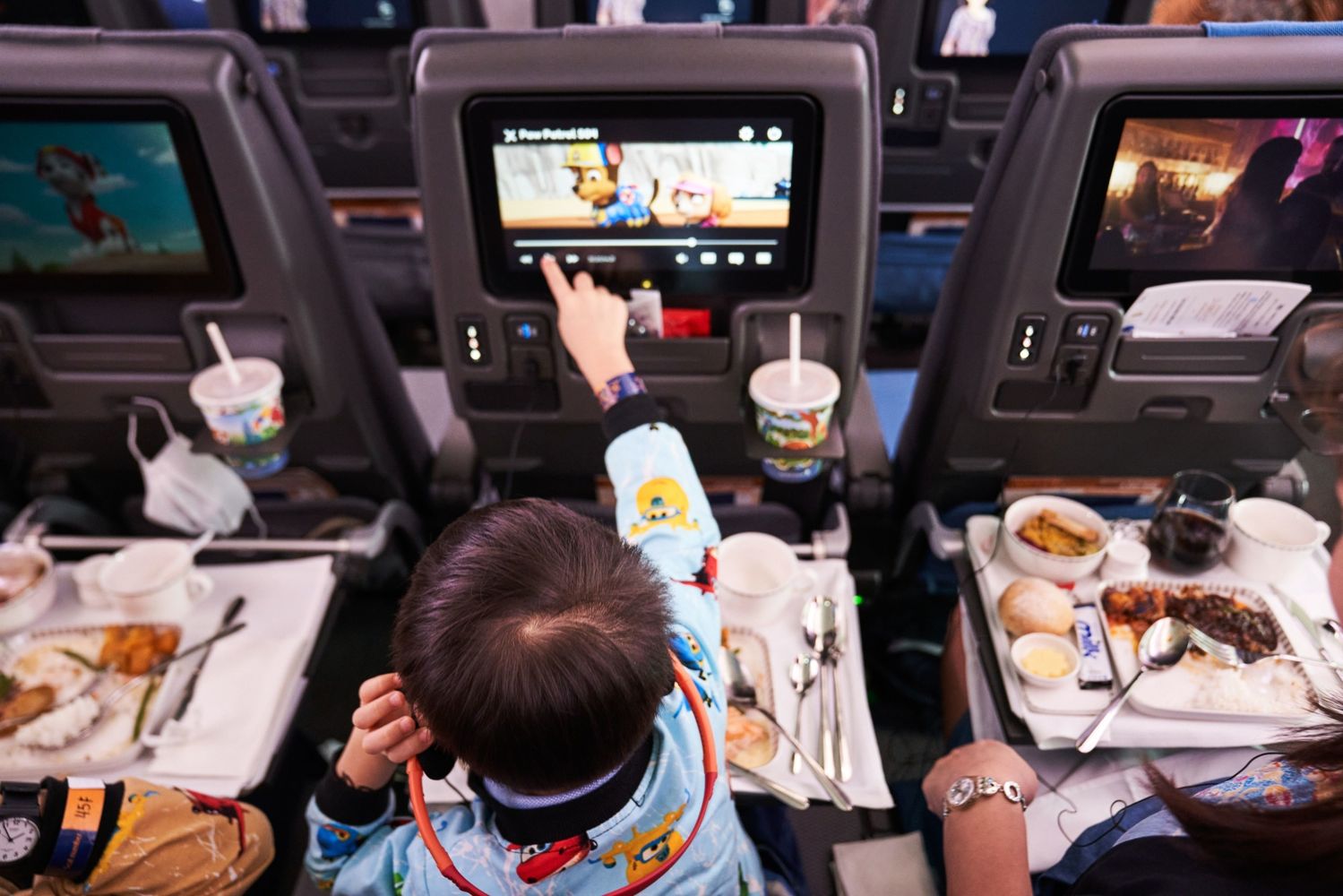 Cruise lines Genting and Royal Caribbean will run “cruises to nowhere” out of Singapore in November and December, and some are already sold out. Changi Airport, routinely ranked as one of the world’s best, remains open for business despite there being hardly any flights, with people able to shop and dine at shopping mall Jewel and order online from retailers on the transit side.

While Singapore’s size means the pressure to ease border restrictions is acute, the government is cautious.
Transport Minister Ong Ye Kung spoke plainly in parliament earlier this month. “What is at stake is not just hundreds of thousands of jobs, but our status as an air hub, Singapore’s relevance to the world, our economic survival, and in turn, the ability to determine our own future,” he said. “We must open up slowly, carefully, and holding each other accountable for our collective safety. But open up we must.”
As in all countries, there’s a “tension between the demands to boost the economy with those of protecting health,” said Alex Cook, an associate professor and vice dean of research at the National University of Singapore’s Saw Swee Hock School of Public Health.
“If travelers move between countries of similar incidence, the risk of transmission shouldn’t change. So the objective now is to calibrate border control measures to the risk posed,” Cook said.
Booked out
That’s especially pressing for Singapore, which has an open economy buffeted by trade winds and global macroeconomic forces beyond its control.
Until that point of opening — which bodies like the International Air Transport Association are pushing to come with scalable, affordable and fast Covid-19 testing rather than a vaccine, which could be months or even years away — residents of Singapore are having to explore home.

Hotels are booked out for months, despite the lack of international visitors. In the first eight months of this year, 2.7 million people visited Singapore, down almost 80% from a year ago, according to the tourism board.
The city-state received around US$20 billion in tourism receipts last year and while the domestic market is much too small to make up the shortfall, the government has rolled out various initiatives including a $45 million local travel campaign aimed at encouraging residents to take staycations, dine out and explore the island’s local attractions.
As the only full beach-front resort on the island, Shangri-La’s Rasa Sentosa Resort & Spa has created daycation packages that give guests access to the beach, pools and sea sports for a set number of hours, as well as restaurant credits. They’re fully booked into next month and have waiting lists, general manager Gavin Weightman said.
“The response has been very encouraging,” Weightman said. “With travel restrictions in place, the ambiance of Sentosa island and the resort is reminiscent of overseas beach holidays.”
Customised flights
Air Charter Service meanwhile did three times as many charter flights in and out of Singapore between March and August this year versus the same period of 2019, according to CEO Brendan Toomey. Business has been so good that the firm has launched its own “flight to nowhere” from the city-state’s smaller secondary Seletar Airport (Singapore Airlines mulled one of its own, but scrapped the idea after some people voiced environmental concerns).
For those who can afford it, Air Charter also has the option of chartering a private jet for a two-hour customized flight, complete with three-course meal and champagne at 30,000 feet, no quarantine required.
Air Charter can also help those who aren’t fazed by the strict quarantine required on returning to Singapore from another country. Recently, the company flew a couple wanting a romantic getaway out of the city-state to the Maldives, where they stayed for 10 days. The had to quarantine for two weeks on their return.
“There’s been a large increase in inquiries and bookings from clients completely new to aircraft charter,” Toomey said, adding that demand was fueled by “the lack of available commercial flights, and also the concern people now have with passing through airports and sitting in an enclosed commercial plane for long periods of time.”

The latest reporting and analysis from business and investments to news and views on social issues.