How golf and property are stepping up together, with money-no-object courses and private jets for prospective buyers

A stunning new golf course at Les Bordes in France and some striking new houses at the iconic Spanish settlement in Sotogrande show how times are changing in the golf and property markets.

There was a time when the words ‘golf property’ conjured up images of a timeshare villa on the Algarve, or an identikit bungalow in Florida. Those days are long gone, judging from the example of some of the rather astonishing efforts being made at some of the finest clubs across Europe.

Les Bordes, in France, is a perfect example. The 1,400-acre estate in the Loire Valley was once the home of Baron von Bich, the man who made millions from setting up the Bic pen company after buying the patent from Hungarian inventor Lazlo Biro. The Baron brought in course designer Robert von Hagge to lay out the track for what he turned in to a private member’s club — and the results were spectacular. Les Bordes is arguably the finest golf course in France, a 1980s design full of drama, water hazards and beautiful scenery.

Today, the estate is the baby of Driss Benkirane, founder of a London-based private equity firm called RoundShield Partners, and a keen golfer. Benkirane has brought in an even more renowned course architect, Gil Hanse, to build a new course that’s completely different in character. 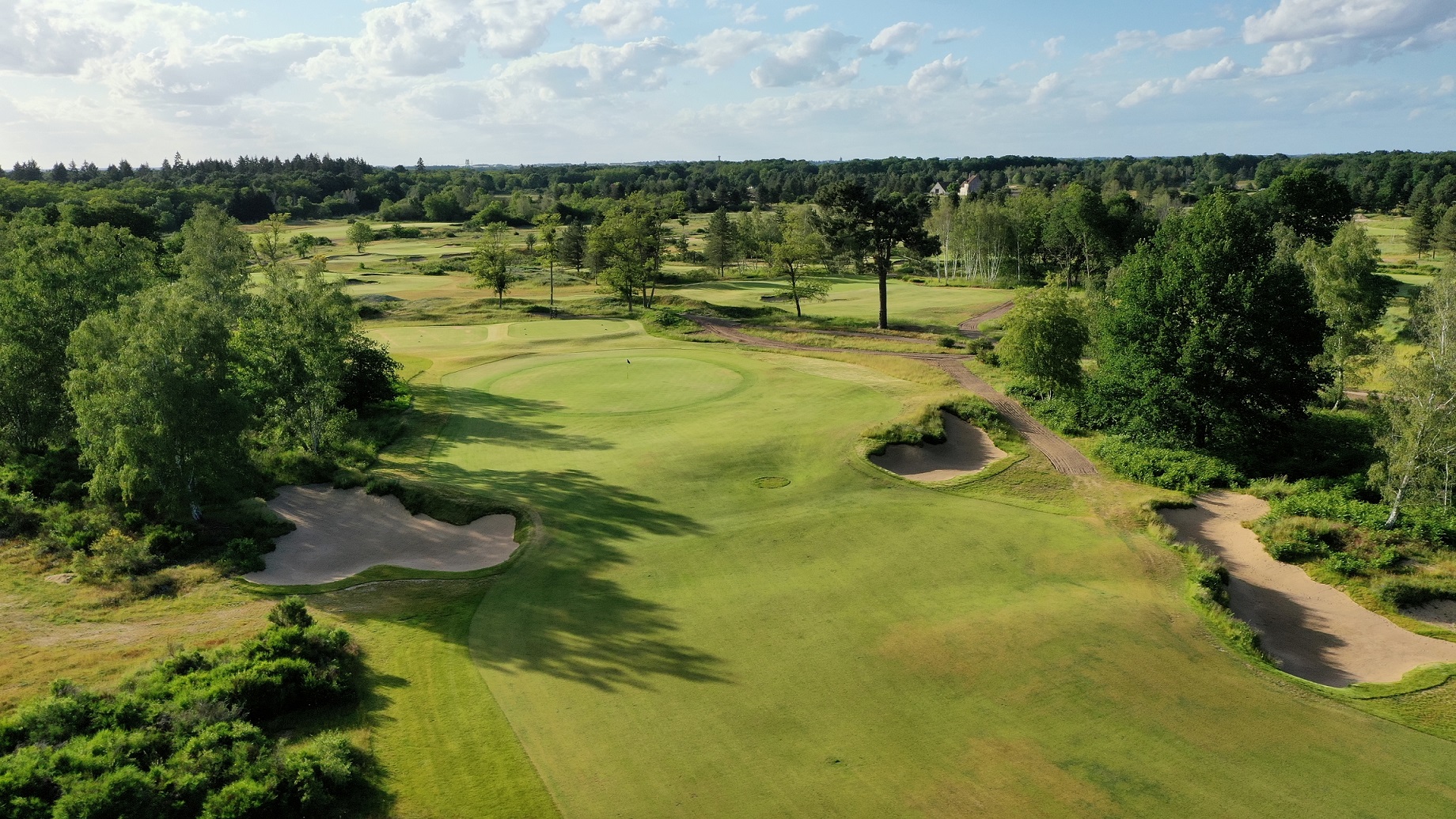 The New Course at Les Bordes.

Thought it’s not yet open, the course is described as a sandy, heathland track that is openly inspired by Pine Valley, the North Carolina course consistently rated the best in the world — and a place where Hanse is a member. ‘I was based at Sunningdale for five years before moving to France,’ says Les Bordes’ golf director, Jack Hawkins, ‘and, for me, it rivals Harry Colt’s work there which is incredibly exciting.’

A thousand miles or so further south, the Spanish estate at Sotogrande is also moving in to a new era. The golf courses in this part of Andalusia, not far from Marbella, include Valderrama and Real Sotogrande — both, like Les Bordes, are among the best in Europe. But their story here isn’t about the new course: instead, it’s about the new homes that are being built at La Reserva Club de Sotogrande — most striking of which are The Seven.

The ‘seven’ refers to seven new villas that are being built in an area shaped by French landscape designer Jean Mus, who has carved out a 12-hectare park in rich rolling land. Each one of the houses has been designed by a different one of the world’s most innovative architectural studios, with the stated intention of ‘perfectly integrating with their beautiful surroundings and reinventing luxury living’.

Horses, swimming, beach life and golf — La Reserva’s own separate course is ranked in the top 10 in Spain – come together as they have done for over half a century. ‘We have been a haven for the elite since 1962 but never has our offering been more attractive and prevalent than in today’s world,’ says Sotogrande SA’s chairman Marc Topiol.

So keen are Sotogrande to show off The Seven and their other properties — including the six almost equally incredible villas at El Mirador — that they’re offering a unique carrot to prospective buyers: a private jet to whisk them in for viewings. The jet will pick up prospective buyers from several pick-up points across the continent and bring them to Gibraltar, 20 minutes away, to spend a few days while making up their minds.

The Goodwood Revival isn’t just limited to the motor racing circuit these days – each year, a group of golfers takes

Roderick Easdale nominates his pick of the best golf courses in Britain and Ireland, with some help from the great