If you buy a jet for millions and millions of dollars you can save a lot of money… This is NOT satire, this is something that Dr. Michael Brown actually seems to believe.

After a two-minute Google search we learned that bus fare is cheaper than air fare. Wow! The things you can learn by doing a tiny amount of research! I guess if you want to learn something you shouldn’t Ask Dr. Brown… 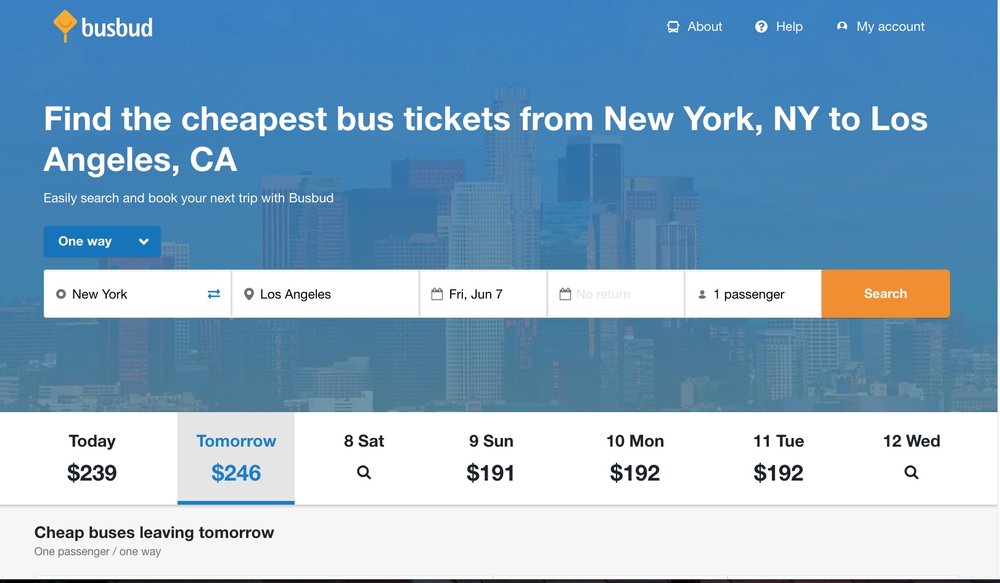 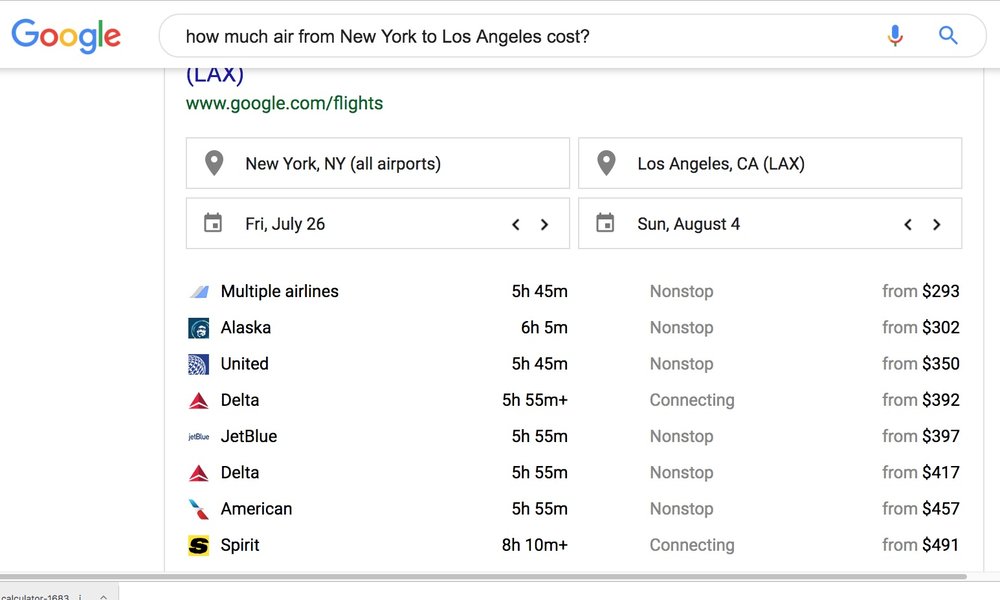 Dr. Michael Brown is not good at mathematics. Do not Ask Dr. Brown about these things. 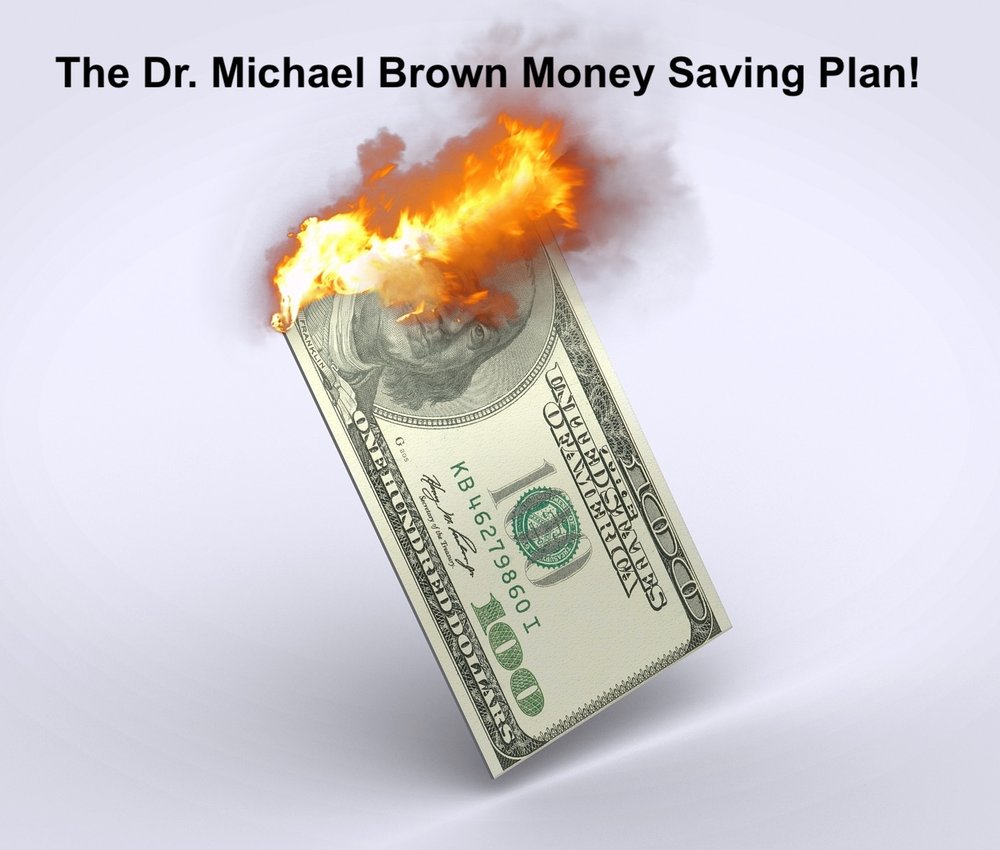 Postscript: A number of people have suggested that the correct meaning of Dr. Brown’s tweet is more like this: airfare is more expensive than bus fare and yet it’s still okay for a minister to take a commercial flight, so why isn’t taking a privately-owned jet also okay?

Hmmm. That could be what Dr. Brown meant.

If that’s the way Dr. Brown intended it to be read, I apologize for mischaracterizing his tweet in that regard.

However, Dr. Brown’s conclusion is still a terrible one. Spending millions and millions of dollars on private planes to fly around in luxury for personal pleasure is what Kenneth Copeland is doing. Everybody can see what kind of manipulative and greedy man he is, and only the truly deluded believe he’s got to “spread the Gospel.”

Furthermore, Dr. Brown makes a huge mistake by teaching that an executive of a large corporation is in the same category as a minister of the Lord Jesus Christ. If a business executive can purchase and use a private jet it’s because he’s got money available from his own company for that purpose! Kenneth Copeland takes money from donations and treats himself to earthly pleasure at the expense of foolish people who send him money, often because they’ve been taught that giving to Copeland will cause God to shower them with money as well. This is really sick and twisted and Dr. Brown doesn’t seem to care.

Here is a critique of Dr. Michael Brown’s latest attempt to justify the “frugality” of owning a private jet:

Here are Kenneth Copeland and his mentor, Oral Roberts, making it 100% clear that they LOVE MONEY. Oral laughingly says (at :57 seconds in) “Silver and gold have we plenty” as Kenneth Copeland yells out “hallelujah!” This is a demonic reversal of the words in Acts 3:6, where the Apostle Peter said “silver and gold have I none.” Dr. Michael Brown will never watch this video. He will never watch any video, ever. Go ahead and try to send it to him. Dr. Brown, I KNOW that you will see this article. You are covering up the greedy, sinful, and blasphemous Kenneth Copeland. Shame on you.

Kenneth Copeland loves his airplane collection because he loves worldly wealth and possessions.

Matthew 13: 22  “The seed falling among the thorns refers to someone who hears the word, but the worries of this life and the deceitfulness of wealth choke the word, making it unfruitful.”

Mark 8:34-37  “Then he called the crowd to him along with his disciples and said: “Whoever wants to be my disciple must deny themselves and take up their cross and follow me. For whoever wants to save their life will lose it, but whoever loses their life for me and for the gospel will save it. What good is it for someone to gain the whole world, yet forfeit their soul? Or what can anyone give in exchange for their soul?”

Luke 12:32-34  “Do not be afraid, little flock, for your Father has been pleased to give you the kingdom. Sell your possessions and give to the poor. Provide purses for yourselves that will not wear out, a treasure in heaven that will never fail, where no thief comes near and no moth destroys. For where your treasure is, there your heart will be also.”

Luke 16:13-14 “No servant can serve two masters; for either he will hate the one and love the other, or else he will hold to the one and despise the other. You cannot serve both God and money. Now the Pharisees, who were lovers of money, were listening to all these things, and they were scoffing at Him.”

Here’s what the Apostle Paul said about preachers getting rich and the sin of greed:

2 Corinthians 2:17  “Unlike so many, we do not peddle the word of God for profit. On the contrary, in Christ we speak before God with sincerity, as those sent from God.”

1 Timothy 6:5, 9-11  “…and constant friction between people of corrupt mind, who have been robbed of the truth and who think that godliness is a means to financial gain. (9) But those who desire to be rich fall into temptation, into a snare, into many senseless and harmful desires that plunge people into ruin and destruction. (10) For the love of money is a root of all kinds of evils. It is through this craving that some have wandered away from the faith and pierced themselves with many pangs. But as for you, O man of God, flee these things.”

1 Corinthians 5:11-13  “But now I am writing to you not to associate with anyone who bears the name of a brother if he is guilty of sexual immorality or greed, or is an idolater, reviler, drunkard, or swindler-not even to eat with such a one. For what have I to do with judging outsiders? Is it not those inside the church whom you are to judge? God judges those on the outside. Remove the evil person from among you.”

Titus 1:7-11  “For the overseer must be above reproach as God’s steward, not self-willed, not quick-tempered, not addicted to wine, not pugnacious, not fond of sordid gain, but hospitable, loving what is good, sensible, just, devout, self-controlled, holding fast the faithful word which is in accordance with the teaching, so that he will be able both to exhort in sound doctrine and to refute those who contradict. For there are many rebellious men, empty talkers and deceivers, especially those of the circumcision, who must be silenced because they are upsetting whole families, teaching things they should not teach for the sake of sordid gain.”

Here’s what James has to say about earthly wealth:

James 1:9-10  “But let the brother of humble circumstances glory in his high position; and let the rich man glory in his humiliation, because like flowering grass he will pass away.”

James 5:1-3  “Come now, you rich, weep and howl for your miseries which are coming upon you. Your riches have rotted and your garments have become moth-eaten. Your gold and your silver have rusted; and their rust will be a witness against you and will consume your flesh like fire. It is in the last days that you have stored up your treasure!”

Here’s what the Apostle Peter said about preachers getting rich:

2 Peter 2:1-3  “But false prophets also arose among the people, just as there will also be false teachers among you, who will secretly introduce destructive heresies, even denying the Master who bought them, bringing swift destruction upon themselves. Many will follow their sensuality, and because of them the way of the truth will be maligned; and in their greed they will exploit you with false words; their judgment from long ago is not idle, and their destruction is not asleep.”

Here’s the Apostle Peter making it very clear that he was NOT wealthy:

Acts 3:5-7 “And he began to give them his attention, expecting to receive something from them. But Peter said, ‘I do not possess silver and gold, but what I do have I give to you: In the name of Jesus Christ the Nazarene—walk!’ And seizing him by the right hand, he raised him up; and immediately his feet and his ankles were strengthened.”

Here’s what the book of Hebrews says about getting rich and earthly success:

Hebrews 11:13-16  “These all died in faith, not having received the things promised, but having seen them and greeted them from afar, and having acknowledged that they were strangers and exiles on the earth. For people who speak thus make it clear that they are seeking a homeland. If they had been thinking of that land from which they had gone out, they would have had opportunity to return. But as it is, they desire a better country, that is, a heavenly one. Therefore God is not ashamed to be called their God, for he has prepared for them a city.”

Hebrews 11:32-40  “And what more shall I say? For time would fail me to tell of Gideon, Barak,  Samson, Jephthah, of David and Samuel and the prophets-who through faith conquered kingdoms, enforced justice, obtained promises, stopped the mouths of lions, quenched the power of fire, escaped the edge of the sword, were made strong out of weakness, became mighty in war, put foreign armies to flight. Women received back their dead by resurrection. Some were tortured, refusing to accept release, so that they might rise again to a better life. Others suffered mocking and flogging, and even chains and imprisonment. They were stoned, they were sawn in two, they were killed with the sword. They went about in skins of sheep and goats, destitute, afflicted, mistreated-of whom the world was not worthy-wandering about in deserts and mountains, and in dens and caves of the earth. And all these, though commended through their faith, did not receive what was promised, since God had provided something better for us, that apart from us they should not be made perfect.”

Hebrews 13:5  “Keep your life free from love of money, and be content with what you have, for he has said, ‘I will never leave you nor forsake you.’”

Here’s what the Apostle John says about getting rich:

1 John 2:15-17 “Do not love this world nor the things it offers you, for when you love the world, you do not have the love of the Father in you. For all that is in the world-the desires of the flesh and the desires of the eyes and pride in possessions-is not from the Father but is from the world. And this world is fading away, along with its desires, but whoever does the will of God abides forever.”

Here’s what Jesus says in the Book of Revelation:

Revelation 3:16-19 “So because you are lukewarm, and neither hot nor cold, I will spit you out of My mouth. Because you say, “I am rich, and have become wealthy, and have need of nothing,” and you do not know that you are wretched and miserable and poor and blind and naked, I advise you to buy from Me gold refined by fire so that you may become rich, and white garments so that you may clothe yourself, and that the shame of your nakedness will not be revealed; and eye salve to anoint your eyes so that you may see. Those whom I love, I reprove and discipline; therefore be zealous and repent.”

Top 10 Most Expensive Private Jets in the World